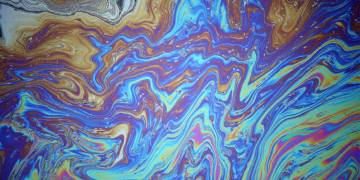 A major oil spill is an environmental disaster, wreaking havoc on wildlife and ecosystems for years to come.

Due to our maritime and oil industries, the UK has suffered several such incidents in recent decades.

While huge emergencies are fortunately very rare, smaller oil spills on land and sea are common. We have extensive expertise in oil spillage cleaning, and can be on site within 60 minutes to minimise the risk of harm.

So let’s take a look at some of the biggest recent oil-related incidents, exploring what happened and what the impact was.

Why is an oil spill harmful?

Oil – including gasoline, diesel and hydraulic oil – contains highly damaging pollutants. On land, a spill or leak contaminates the soil, limiting the growth of plants nearby and seeping into groundwater. At sea, it harms marine wildlife and enters the food chain. Oil particles also pollute the air.

Human health is put at risk, too. Oil exposure can cause respiratory and skin conditions and could also be linked to serious lifelong illnesses.

Plus, oil is both a fire and a slip hazard, so even a small mishap can be dangerous. If one occurs in your workplace or home, it’s essential that you call in professional oil spillage cleaning services as soon as possible.

Now read on to find out about the UK’s worst oil spills.

This was the UK’s worst ever oil disaster. The Torrey Canyon was an oil super-tanker which ran aground on rocks near the Isles of Scilly and Land's End.

Within 24 hours, the spill had lengthened to eight-miles. This washed up in Cornwall and France and turned beaches into black sludge. Some 15,000 birds died.

The British response did not help matters. RAF bombers sank the ship, and powerful detergents were pumped into the sea and beaches to break up the slick – but those chemicals resulted in the death of even more marine wildlife. Sadly, the affected site took a long period of time to become healthy again, almost a generation.

And decontamination methods have moved on, too. Our oil spillage cleaning service use chemicals and processes that are kind to the environment.

The Braer oil tanker, on its way from Norway to Canada, lost engine power in a storm and came onto shore at the Shetland Islands. Oil leaked out across the bay.

It was carrying Gulfaks crude oil in the tanker. This is a less heavy oil, which the winds and waves dispersed of quickly. This was a lucky moment for the residents of the Shetland Isles, as they were saved from the destruction of their scenery by the fact that this oil biodegrades with relative ease.

However, it’s thought that 1,500 seabirds were killed, while 25% of seals living on the island bore the brunt of the spillage.

Just three years later, another oil tanker ran aground, this time near Skomer Island off the Pembrokeshire coast in Wales.

This area is a marine nature reserve, and the nearby beaches are some of the most beautiful in Britain.

Fishing had to be banned immediately, which had a severe impact on the local economy. Thousands of seabirds were killed.

While the slick at sea was contained relatively quickly, a massive clean-up operation took place at dozens of local beaches, with volunteers working alongside professionals. Most beaches and shallow sea beds recovered within a few years.

We have extensive experience of oil spillage clean ups on shorelines, helping to keep the UK’s fantastic coast pristine and brimming with marine wildlife.

Fortunately, there have been no other spillages of such a huge scale in recent decades. But even smaller ones can be damaging.

The Hamilton Trader released around 500-700 tonnes into the Irish Sea in 1969, while the Rosebay discharged around 300-1,000 tonnes off the coast of Devon in 1990. Both incidents were due to collisions with other vessels.

And in 2007, the MSC Napoli was shipwrecked in a storm off Dorset’s Jurassic coast. Its cargo included oil, so it was brought to the shore for clean-up.

Nevertheless, 300 tonnes of oil was spilt. Some 1,000 seabirds needed cleaning by the RSPCA, of which 600 were returned to the sea.

The wreck became most famous for the dozens of cargo containers, containing goods such as wine bottles and motorbikes, which were ‘rescued’ by scavengers!

Data from the International Tanker Owners’ Pollution Federation shows that worldwide, huge oil spillages have reduced drastically in recent years. A huge spillage is classed as anything over 700 tonnes.

However, there is another key source of pollution in the UK: leaks from oil platforms in the North Sea. And in the past decade, there have been two such incidents.

And the BP Clair rig, a distance of 75km from the Shetland Isles, accidentally discharged oil into the sea due to a “technical issue”. The slick drifted away from land, and dispersed naturally.

Our oil spillage clean up services

We've got many years of experience in dealing with oil leaks and spills of all sizes, from major incidents to minor mishaps. Whether you’ve got a leak on soil, on a hard surface, or underground, we can help.

Our expert teams can be at your site within 60 minutes. They’ll carry out a thorough site survey and risk assessment before setting to work.

The clean-up process involves containing the oil, using a wet vacuum to extract it from the site, then putting down a chemical treatment to remove the last traces. This may need to be repeated several times to ensure the site is totally decontaminated and our customers are completely happy with our service.