Why Is Graffiti Bad For Businesses? 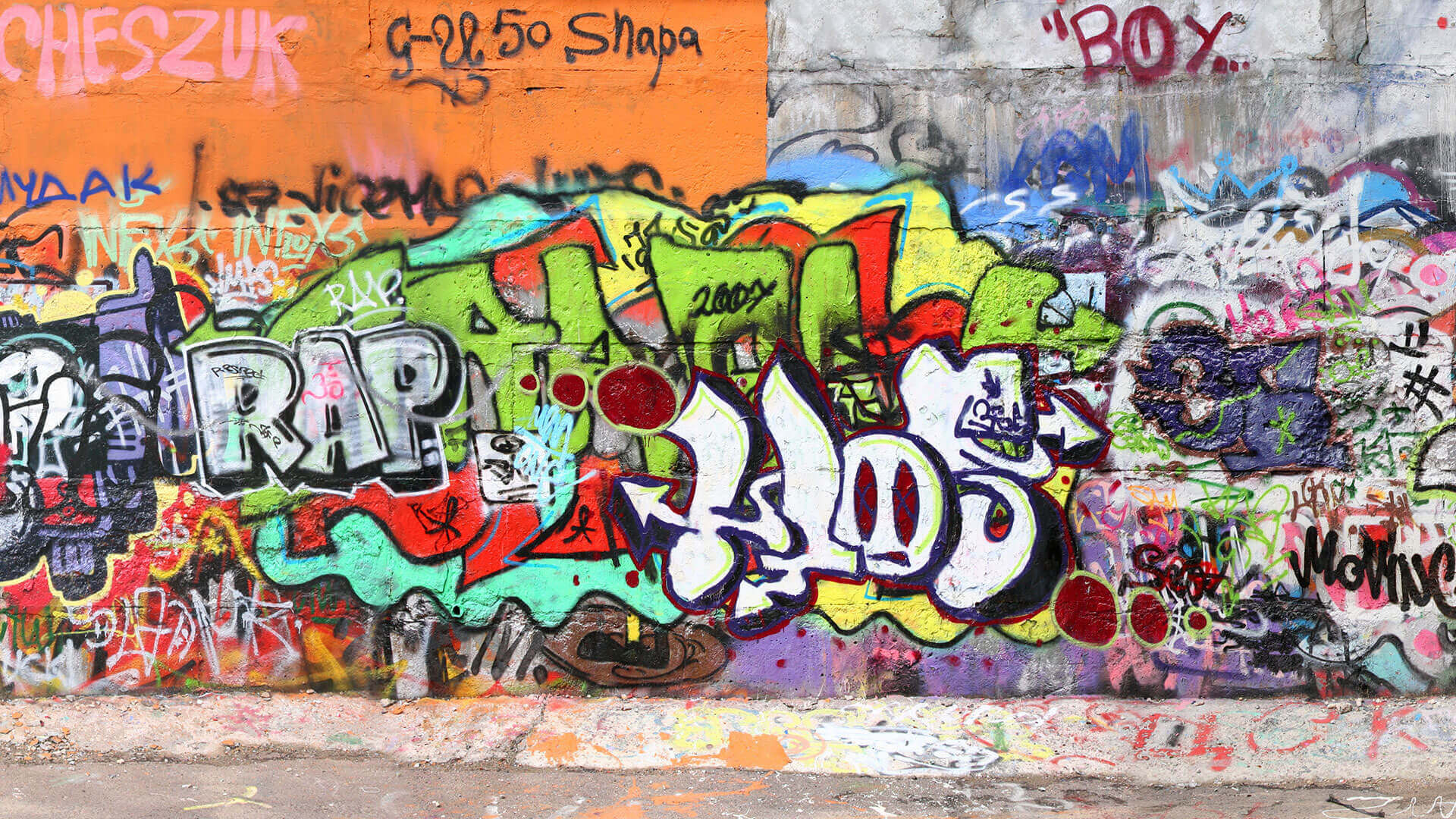 Why is graffiti bad for businesses?

Graffiti is everywhere. Even during your daily work commute it’s likely that you’ll come across some form of graffiti. Despite being illegal, recent figures released by the British Transport Police show that graffiti-related crime is actually on the rise. In fact, during national lockdown, many members of the public used graffiti as a way to voice their thoughts and spread messages of encouragement and hope – even Banksy joined in.

Though many individuals consider graffiti a softer crime than say theft or murder, it can still have a significant impact on the community. For local businesses, for example, it can lead to the deterioration of their reputation. But why does graffiti happen?

As a tenant, it’s important to know where you stand. Though many tenancy contracts differ slightly, there are certain universal responsibilities that both sides must abide by.

It is technically the responsibility of the tenants to properly ventilate the property to avoid the build-up of damp. However, there are lots of other factors to consider. For example, it is the duty of the landlord to provide the correct ventilation equipment in the house from the start. All landlords must comply with national health and safety regulations to ensure adequate living standards are met.

Graffiti is typically sprayed on public and private properties adjacent to public space so that a significant number of people can view the demonstration. The areas surrounding public transport are often common targets, such as bridges and tunnels.

As previously mentioned, greater towns and cities tend to experience a higher level of graffiti. Surprisingly, a survey by building experts Elliott (2020) showed that Bristol has the highest rate of graffiti-related vandalism in the UK, with London, Manchester and Glasgow following closely behind. However, increased exposure to graffiti doesn’t necessarily mean local communities are more tolerant towards the matter. Apart from London, all regions included in the earlier poll by YouGov displayed a strong dislike for graffiti. Whilst it can be identified that voters living in the south of Britain are more tolerant than the North, the data clearly favours dislike.

Image: YouGov poll: Do you like or dislike graffiti?

With this in mind, it’s important to acknowledge that if not dealt with promptly, the crime is likely to reoccur. Evidence suggests that existing displays of graffiti often encourage further graffiti, as well as other crimes, to take place. Young offenders are particularly likely to target previously spray-painted areas in an attempt to mark their territory.

There are ways to reduce the possibility of repeat offences, such as removing any traces of graffiti quickly and effectively as soon as you notice them. Nevertheless, far too often graffiti is ignored – most commonly on purpose to avoid rising costs.

Whose responsibility is it?

What many people don’t realise is that local authorities are not liable for the clean-up of graffiti unless it falls on public land, such as council property. This means that if graffiti has taken place on the external walls or entrances to your company’s office, you’re entirely responsible for organising and paying for its removal.

Whilst the London Underground are fortunate to have access to such large sums of capital, many businesses are not. For some, the onset of unexpected costs can be overwhelming or simply unaffordable. However, professional graffiti removal services should be deemed essential as they ensure a clean, welcoming site for your employees and customers.

It can also be costly trying to deter groups and individuals from graffitiing. Through nationwide campaigns and education in schools, the government is actively trying to confront the matter by reaching out to young people.

Here at ICE Cleaning, we believe that prevention is key when it comes to tackling the issue. Upon completion of the work, we will provide you with further advice regarding the prevention of future graffiti attacks.

The first thing your customers, employees and potential business partners see upon visiting your site is the exterior of the building, which is why it is crucial that your property remains clean and graffiti-free at all times. As well as giving off a bad impression, it can even hinder potential business opportunities, leading to a decrease in profit. The cost of cleaning up the graffiti may also dampen your cash flow.

Fairly often, offenders spray-paint offensive messages onto buildings, such as swear words, racist remarks, taboo language or illegal illustrations. The sight of such messages may stop members of the public from feeling safe in the local area or visiting your site, resulting in temporary – or even permanent – absence.

Even if the message contained in the graffiti isn’t deemed offensive, it’s likely that people will still avoid visiting your business. A building invaded with dirt and graffiti suggests that the company behind it cares little about their brand image or reputation.

Devalues property in the area

The appearance of graffiti, as established in the earlier poll, is very much undesirable across most parts of the UK. As a result, if a community is inundated with graffiti-related crime, it will become less popular over time. This will lead to a fall in the value of properties in the area, as well as lower profits for local businesses. Graffiti may attract a variety of other offenses to take place in the area too, further diminishing the worth of the area. 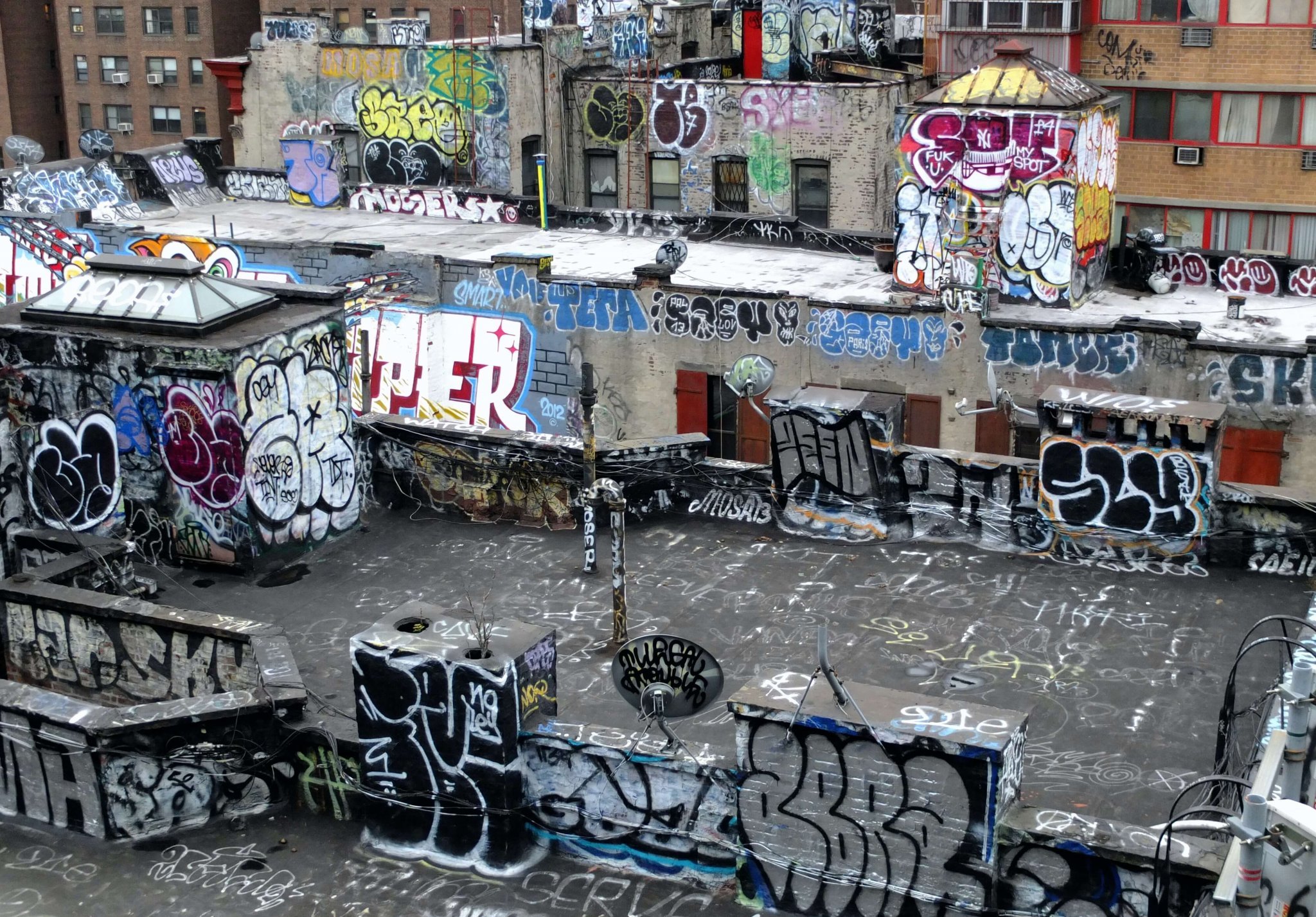 How to remove graffiti

If not dealt with properly, graffiti can leave long-lasting damage on surfaces – particularly more delicate surfaces such as glass. For this reason, we firmly suggest you seek professional assistance to carry out the removal process.

ICE Cleaning offer a professional graffiti cleaning service suitable for industrial, commercial and domestic clients across the UK. With teams stationed in a variety of locations, we can reach you within just an hour of your initial enquiry.

With access to a variety of top-of-the-range cleaning equipment, our experienced technicians will be able to determine the correct procedure for your situation.

With over 10 years of professional experience and qualifications such as PASMA, IPAF, IOSH and Safe Contractor, our skilled technicians will be able to carefully determine which cleaning method to use to erase the graffiti from your building. We have access to top-of-the-range technology and equipment, allowing us to reach even the most difficult areas of your site and restore the exterior of your office back to its original condition.

All products are non-abrasive, meaning they won’t cause further damage to the affected areas. Our solutions are also non-toxic to human health. This means that they are safe to be inhaled by members of the public walking past during the procedure.

With a 100% success rate on all graffiti removal services, as the name suggests, ICE are the leading industrial cleaning experts in the UK. Give us a call today on 0208 066 0360 to receive a free no-obligation quote for your business.