How To Prevent Mould In Bathrooms 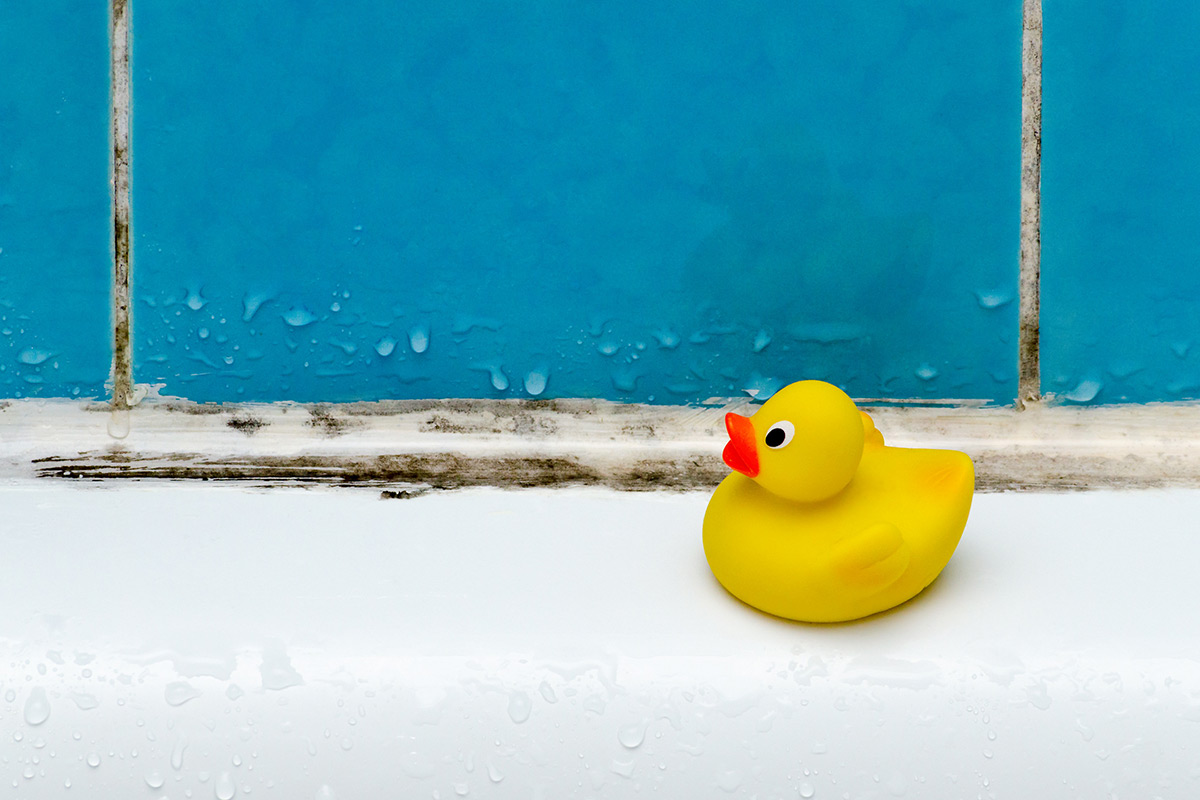 Why is it important to prevent mould?

According to Easy Bathrooms, the average Brit spends around 11 days a year in their bathroom. But how clean are our bathrooms?

Despite the fact that the nation’s interest in bathroom cleanliness has risen by 75% over the last 5 years, many of us are still unaware of the health issues related to an unhygienic bathroom.

One of the biggest health concerns is mould; a living organism found in humid conditions. Mould poses a range of threats to human health, including:

The most common type of mould in bathrooms is known as ‘black mould’. This is caused by excess moisture, which occurs as the result of condensation following a bath or shower.

For example, not opening your bathroom window after a hot, steamy shower means that excess moisture is forced to linger in the air. When this settles on cold surfaces, it leaves behind a form of fungus.

Alternatively, leaky pipes, taps or toilets may be the culprit of mould in your bathroom. Leaks have the potential to not only cause mould but also damage the physical infrastructure of your property. 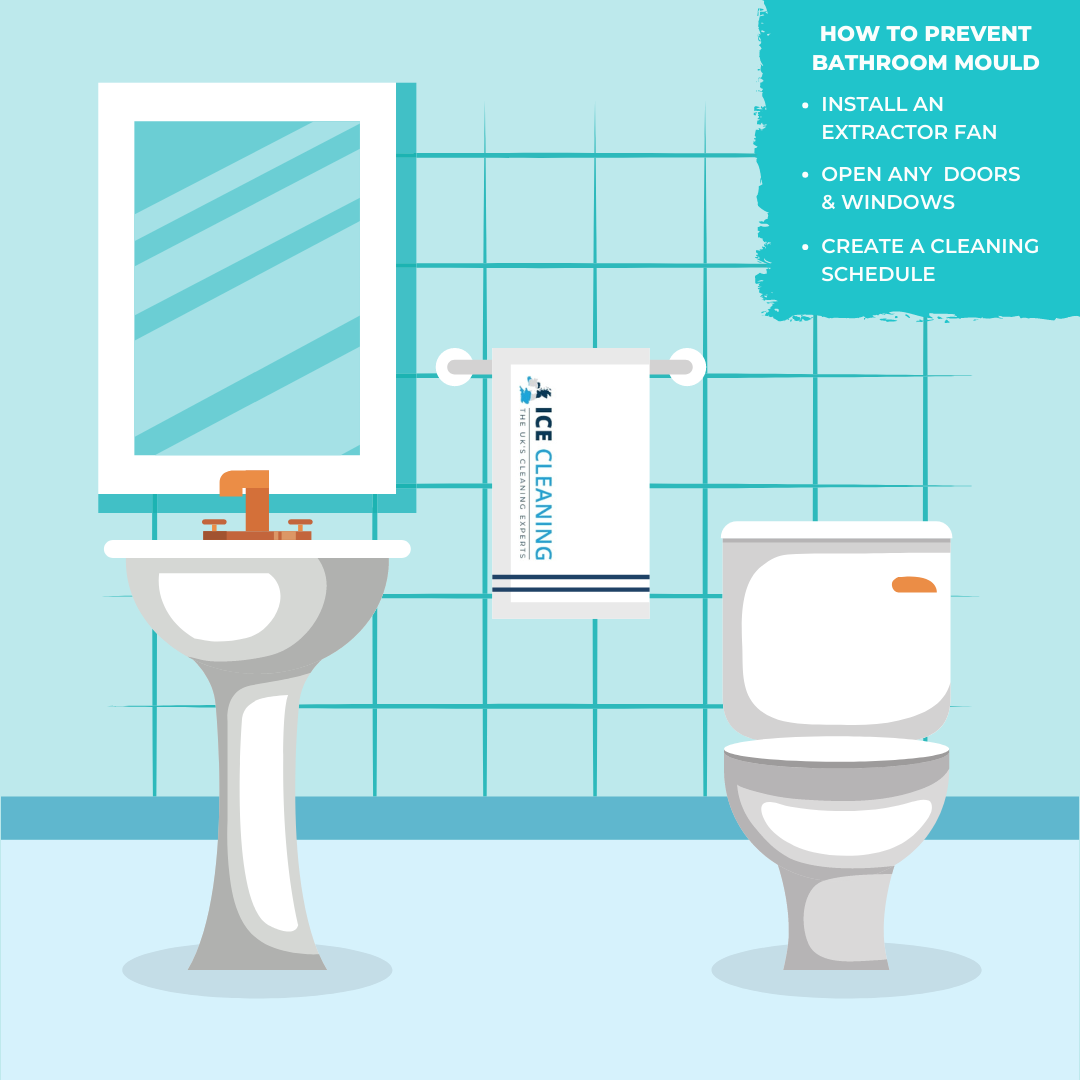 There are a number of steps you can take to prevent mould in your bathroom:

Use an extractor fan

If you don’t already have an extractor fan, now is the time to install one.

Make sure to open any windows and your bathroom door after you’re finished in the bathroom. This will allow fresh air to circulate and prevent excess moisture from settling.

Whilst opening windows won’t reduce existing mould, it will prevent the situation from getting worse. Allowing the moisture to disperse naturally will minimise the risk of condensation settling on the walls, ceiling and around the windows.

Stick to a regular cleaning routine

A strict cleaning schedule is essential to maintain a good level of hygiene in the bathroom.

Without a routine in place, bacteria, viruses or fungi – such as mould – may linger. Tasks should include washing your towels and bathmat frequently and wiping down surfaces.

To prevent mould in the shower itself, wipe down any wall panels and shower trays. This will remove any excess condensation that could turn into mould.

How to remove mould

What if it’s too late to prevent mould?

Well, you have 2 options:

According to the Centre For Sustainable Energy (CSE), you may be able to reduce the presence of mould with a bleach-based solution.

Try wiping down traces of black mould on your bathroom walls and ceilings and leaving it to dry overnight. Don’t forget to read the label before using store-bought chemicals.

Whilst this may restore your bathroom’s appearance in the short term, it’s important to remember that not all mould is visible.

Without access to certain tools, there is no way of knowing whether airborne mould spores are present. Therefore, professional assistance is required.

A team of experts will be able to carry out a damp survey to determine the level of moisture in your property and treat the affected areas using persistent solutions.

Give us a call

If your bathroom is riddled with mould, get in touch.

Here at ICE Cleaning, we offer a comprehensive mould remediation service. Using specialist equipment, our highly skilled technicians are able to detect and eliminate traces of both visible and invisible mould.

Give us a call on 0333 577 5805 to discuss your options with our friendly customer support team, or email us on [email protected]

If you’re currently renting, our blog on ‘What To Do If You Find Mould In Your Rented Home’ may be of interest. Likewise, if you’d like to learn more about the dangers of mould, check out our blog on ‘The Effects Of Mould On Human Health’. 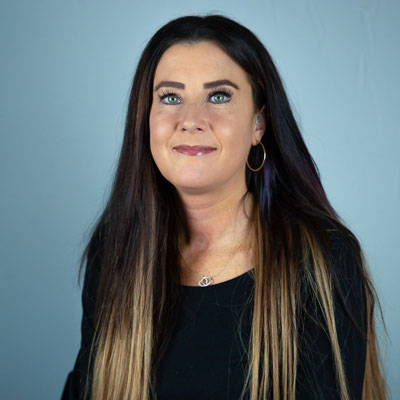 Had an issue with oil in our playground left by contractors. Contacted ICE who were very helpful in arranging attendance to site and completed out of…

ICE Cleaning did an excellent job at our event. The venue was in a terrible state when they arrived to clean and they did a phenomenal job. Dean…

Thanks to Sim he was great!

Used ICE Cleaning for the business. They were always on hand for any questions, really good when it came to the actual work and overall made the…

I used this company to get rid of bad cigarette smoke smell in a flat. The service provided was professional. The technicians were punctual…

Great service. 130 years of grime cleaned in half a day!

Excellent company. They did a very good job with the mould removal and told me exactly what to do to avoid mould in the future. Recommend this…

Very fast and efficient service. The crew member was very punctual and friendly. He explained the process of mould removal and remediation treatment…

I am writing this review because I cannot praise Zac and his team enough for everything they have done for us. Our house was originally (and…

An Exemplary experience with a great Company. Jo was excellent. I will defo use again! Thanks Guys

These guys were at my home for 5+ hrs post the Friday flooding that brought everything up out of the sewers. They were friendly, professional, even…

They arrived exactly when they said, staff were very professional and friendly and the level of service they supplied was to the highest quality.…

Andy from ICE has just done the most phenomenal job of cleaning our property after flooding with sewage. We have had this problem a number of times…

They were very helpful, friendly and got the job done quickly and efficiently without any interruption to our business. Would definitely recommend.

They got the Job done. Would highly recommend.

Very good experience, many thanks.

Very professional guy turned up he jet washed my drive and the side of my house. Probably not in his job description but he moved stuff out of the…